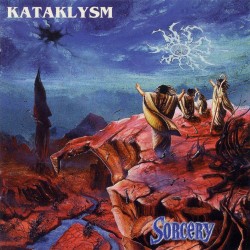 Kataklysm is a Canadian death metal band. They have released fourteen studio albums, one EP and two DVDs as of 2020. Kataklysm won their first Juno Award (Canadian equivalent of the Grammy) for best album of the year in the "heavy metal" category for their 2015 album Of Ghosts & Gods. The band’s albums have charted throughout the world, including the Billboard Top 100 in the United States.