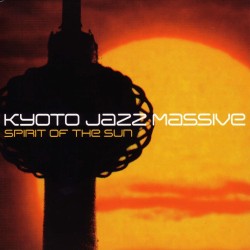 Kyoto Jazz Massive is a Japanese musical project specialising in crossover jazz and electronic styles. The group was formed in 1994 and consists of brothers Shuya and Yoshihiro Okino. They have also included Hajime Yoshizawa, a piano producer, on a number of works. Although the brothers DJed in the late 1980s and were remixing and composing as far back as the early 1990s, they were largely popularised by the British Radio 1 DJ Gilles Peterson around 2001. The band is signed to Compost Records.