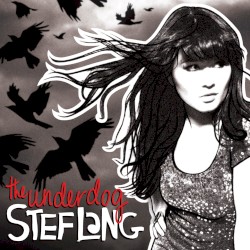 Stephanie Lang (born December 30, 1988), currently known by her stage name DYLN and previously known professionally as Stef Lang, is a Canadian Pop/RnB artist, songwriter, and producer based in Los Angeles, California. Lang adopted the stage name DYLN in 2016 and independently released her debut single “Better Things,” which Pip Williams of The Line of Best Fit describes as “Sharp, slick electro-pop with a hell of an attitude.” Lang wrote and co-produced her latest EP “DYLN_02” released in December 2020, which amassed over a million streams, garnering attention from coveted curated playlists such as New Music Friday, and Alternative R&B.

The name DYLN comes from a guitar she named Dylan, on which she wrote songs during a depression. The carbon fiber guitar was said to be unbreakable so the singer kept the sentiment as her name. Her musical style includes pop/r&b and influences of hip-hop and electronic sounds. The singer is known for her wide-ranging vocals, her talk-rapping style, and for her messages of female empowerment. She has performed at notable venues in New York such as Rockwood Music Hall, The Bitter End, and Pianos as well as clubs in Los Angeles such as The Peppermint Club, Hotel Cafe, and Resident. She has toured internationally and performed at events such as South by Southwest, NXNE, the Canadian Radio Music Awards, the Toronto International Film Festival, and CMJ.