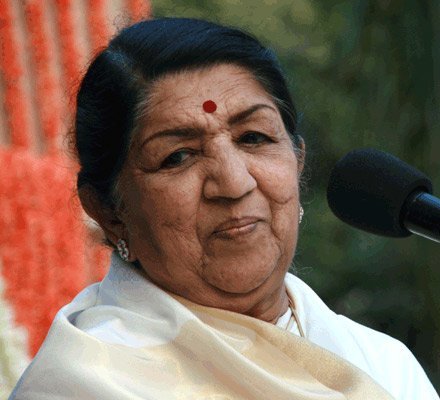 Lata Mangeshkar (pronunciation ) (born 28 September 1929) is an Indian playback singer and music director. She is one of the best-known and most respected playback singers in India. She has recorded songs in over a thousand Hindi films and has sung songs in over thirty-six regional Indian languages and foreign languages, though primarily in Marathi, Hindi, and Bengali.

The Dadasaheb Phalke Award was bestowed on her in 1989 by the Government of India. In 2001, in recognition of her contributions to the nation, she was awarded the Bharat Ratna, India’s highest civilian honour and is only the second vocalist, after M. S. Subbulakshmi, to receive this honour. France conferred on her its highest civilian award (Officer of the Legion of Honour) in 2007.

She has four siblings—Meena Khadikar, Asha Bhosle, Usha Mangeshkar, and Hridaynath Mangeshkar—of whom she is the oldest.