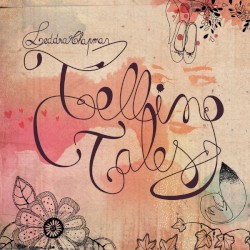 Anna Leddra Chapman (born 10 October 1990), better known as Leddra Chapman, is an English singer-songwriter and musician from Brentwood in Essex. She rose to prominence when her debut single, "Story", was released on 7 December 2009 to much critical success and strong radio support and play from Terry Wogan on BBC Radio 2 during his last weeks as host of the station’s breakfast show. The track is taken from her debut album, Telling Tales, which was produced by Peter-John Vettese and released for download on 29 November 2009. She was a student at London College of Music and she is also an ambassador for clothing company Quiksilver and The Body Shop. Her single ’All About You’, from her second EP ’The Crowds and Cocktails’, was BBC Radio 2’s single of the week on 4 March 2013 and later added to the radio’s B List.Chapman has been interviewed by industry intelligence magazine, Five Eight, and mentioned by Music Ally. She is best known for her high, soprano voice. Music Week magazine have described her as "filling a similar space to early Alanis Morissette and Joni Mitchell".