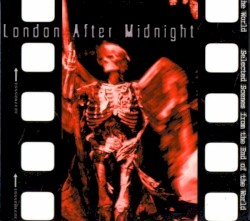 Selected Scenes From the End of the World (1992)

London After Midnight is a project formed in the 1990s by songwriter and instrumentalist Sean Brennan.

London After Midnight has a following worldwide, with a large fan base in the goth subculture. However, in interviews Brennan has shunned the use of this label and others to describe his music, calling it "artistically limiting".