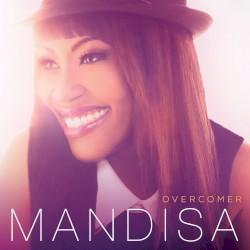 Mandisa Lynn Hundley (born October 2, 1976), known professionally as Mandisa, is an American gospel and contemporary Christian recording artist. Her career began as a contestant in the fifth season of American Idol, in which she finished in ninth place. She is the fifth American Idol alumna to win a Grammy Award, for her album Overcomer in the Best Contemporary Christian Music Album.