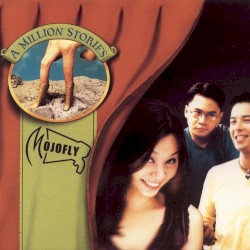 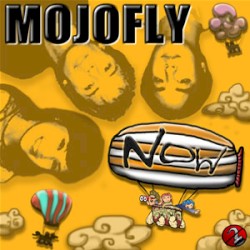 MOJOFLY is a pop-rock band from the Philippines.

Formed in 1999 by bassist Ricci Gurango after his departure from Hungry Young Poets, MOJOFLY reeled in mainstream and alternative crowds alike with the debut album Birth Day (1999) and follow-up A Million Stories (2002), both released under Sony BMG Philippines. Then-lead singer Kitchie Nadal helped propel singles such as Another Day and Scooter Boy to national recognition. But in May 2003, Nadal left the group to embark on a solo career.

Mojofly then introduced Lougee Basabas as the band’s new frontwoman in only a matter of days. By year’s end the group joined the “indie” bandwagon with their self-titled EP, sold-out despite being available only in gigs. Because of Mata and the revived, revv-ed up Lougee-version of Minamalas, MOJOFLY (EP) showed the new sound of their group.

On 2008, bassist - Ricci Gurango, departed from the band. The remaining members (Lougee and Ali) took in Richard Carandang and Ace Evangelista to play the bass and lead guitar respectively. With the new members, the band decided to rename their group as DeLara.

DeLara remained active from 2008-2011 and produced 2 studio albums (self-titled "DeLara", 2008 and "Just Free", 2010). After the separation of the band, Lougee Basabas went on to pursue a solo career performing in local venues and events. Shortly after, she auditioned for "The Voice of the Philippines" season 2 on ABS-CBN in 2014 and became part of Team Bamboo. A year later, Lougee married Ali Alejandro (Mojofly drummer since 2004) and were blessed with a baby boy named Leon in 2016.

In 2015, Mojofly started to perform in small production events but was not publicly announcing their return to the local performing circuit yet. It was only later in the same year that they started to record their 4th studio album (2nd studio album with the 2nd generation Mojofly members Ali & Lougee) with Yellow Room Music Philippines, headed by Monty Macalino (vocalist of Mayonnaise (band)). The band was able to release 1 single entitled "Rally" in May 2018 for online and streaming platforms invoking that Mojofly is back with three new members - Kiko Montecillo on Keyboards, Beejay Valera on lead Guitars and Mark Reese Gelbolingo on bass.