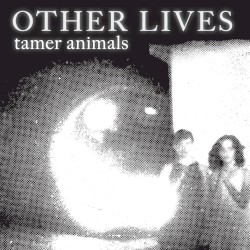 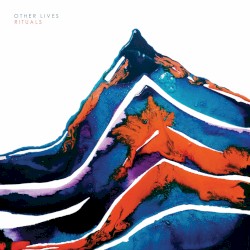 Other Lives finished working on their album Tamer Animals in February 2011. The album was released on May 10, 2011, in the USA and August 29, 2011, in UK/Europe. The album was critically well-received, and Thom Yorke’s supergroup Atoms for Peace has released a remix of the title track next year.

In the summer of 2011, the band toured with S. Carey and The Rosebuds. Following a month of shows in the UK, the band joined Bon Iver in September in the USA and Canada and played at Iceland Airwaves festival. The band returned to the UK in October to support Chapel Club in London on October 18. The band opened for Radiohead on the first leg of their 2012 North American tour in February and March, 2012, and also played 2012 Coachella Festival.In September 2011, Other Lives launched their Wirewax interactive website, which was built around the band’s official video for "For 12", and allowed users to access audio and visual content within the video.

On October 22, 2012, Other Lives’ new album, Mind the Gap EP, was released.After opening for Radiohead and subsequently headlining their own tour in 2012, the band took a hiatus from performing to work on their upcoming album, "Rituals." Over the next few years, Other Lives released the eponymous "Rituals" and "2 Pyramids" as promotional singles before releasing the album on May 4, 2015. "Rituals" marked a departure from TBD Records, as the band instead released their newest album on the Belgian label Play It Again Sam Recordings with the help of co-producer and Atoms For Peace drummer Joey Waronker. In a message about the album on their website, front man Jesse Tabish wrote, "We wanted a cleaner, brighter record with more movement and color." During the eighteen month period of the album’s creation, the group wrote over sixty songs before releasing its current, fourteen track iteration, which runs at fifty-four minutes and eighteen seconds. The album has a notably more somber feel to it than previous works, with AllMusic describing its sound as "shimmery, meticulously crafted . . . pure pop bliss . . . rooted in darkness." In the summer of 2014, Shearwater drummer Danny Reisch replaced Colby Owens.

The band has spent the summer of 2018 recording a new album in Cooper Mountain, Oregon. On January 9, 2020, they announced that the album For Their Love will be released on April 24, 2020.