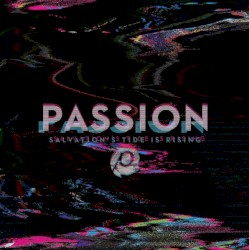 Passion Conferences (also referred to as Passion and the 268 Generation, originally named Choice Ministries) is a Christian organization founded by Louie Giglio in 1997. The organization is known for their annual gatherings of young adults between the ages of 18–25, more specifically college students. The organization is also responsible for sixstepsrecords, Passion Music, and the megachurch Passion City Church, which serves as the organization’s headquarters. Until 2009, the headquarters were in Roswell, a suburb of Atlanta, Georgia. The first conference was Passion ’97, held in Austin, Texas. According to the organization, their purpose is to unite college students for a "spiritual awakening in this generation". The foundation of their purpose can be found in Isaiah 26:8.Since its start, Passion Conferences has operated national conferences annually. In 2008, Passion Conferences launched their first global tour that visited 17 different countries, starting in Kiev, Ukraine and finishing in Sydney, Australia. Since then, Passion Conferences have continued to host gatherings and tours nationally and globally.