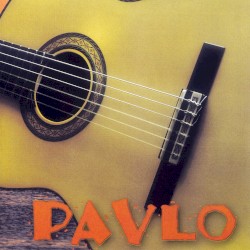 Pavlo Simtikidis (Pavlo) (born June 29, 1969) is a guitarist who plays, "a Mediterranean sound mixing the folkloric styles of Greek, Spanish and Latin music with pop sensibilities." Born in Toronto, Canada, he is the son of Greek immigrants, George & Freda Simtikidis, of Kastoria, Greece.

His albums Pavlo and Fantasia certified Gold in Canada, and album Fantasia was nominated in 2001 for a JUNO Award (Canadian Grammy) for Best Instrumental Album.

His next recording project Trifecta was released in 2009 in collaboration with Oscar Lopez and Rik Emmett (lead guitarist from rock group, Triumph) was nominated in 2010 for a JUNO Award (Canadian Grammy) for Instrumental Album of The Year.