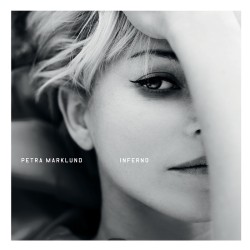 Petra Linnea Paula Marklund (Swedish pronunciation: [ˇpeːtra ˇmarklɵnd]; born 12 September 1984), known also by her previous stage name, September, is a Swedish singer, songwriter, and television presenter. Marklund started recording in professional studios around the age of twelve, and first came to the music scene with her debut single "La La La (Never Give It Up)" in 2003, which was released from her first studio album September (2004).

Marklund’s Grammis Award-winning second studio album In Orbit was released in 2005 and spawned two hit singles; "Satellites" and "Cry for You," which made it to #8 and #1, respectively, on the Billboard Hot Dance Airplay chart. "Cry for You" remains the most successful international single of her career and was also nominated for the Government’s Music Export Prize 2008 in Sweden for selling more than a million copies worldwide.

In Sweden, Marklund had her biggest success with the Swedish-language single "Mikrofonkåt", originally performed by Swedish rapper Petter. It became her first number-one hit in her native country, held the top position for 11 consecutive weeks, and was certified 8x Platinum. It was included on the fourth September studio album, Love CPR (2011), which also hit number one in Sweden and subsequently became Marklund’s best selling album so far.

Marklund released her first Swedish-language studio album, Inferno, in 2012 under her own name, to distinguish from September. Lead single "Händerna mot himlen" was certified 6x Platinum as per 5 May 2015. She was the host of Swedish sing-along show Allsång på Skansen from 2014 to 2015. Her second Swedish-language studio album Ensam inte stark was released in November 2015.