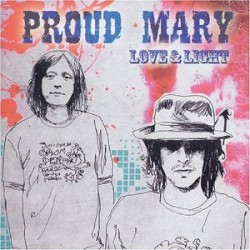 "The Same Old Blues" was recorded at Wheeler End Studios, featuring singles "All Good Things" and "Very Best Friend", and was predominantly written by Paul Newsome. A gruelling touring schedule followed the release, alongside tour support for among others Oasis, Paul Weller, Stereophonics, The Black Crowes, and Neil Young. The touring line up included Gary Whelan (Happy Mondays) on drums.

"Love and Light" their second studio album was released in 2004 on Redemption Records, again predominantly written by Paul Newsome, and recorded at Wheeler End with other songs being written by Greg Griffin. Two tours followed the release, alongside supporting Ryan Adams, and a MainStage appearance at The Isle of Wight Festival. The album includes fan favourites ’Hats Off’, ’The Blues’ and ’Mexico’. The album featured Andy Rourke (The Smiths) on Bass. Mainly due to the heavy touring schedule and Newsome’s relocation to Los Angeles, a hiatus followed. During this period, amid inaccurate rumours the band had broken up, both Greg Griffin and Paul Newsome wrote and released solo albums, ’Glass Bottom Boat’ (Griffin) and ’Electric And Palms’ (Newsome), with Newsome also writing several film scores and commercials.

In 2010 Proud Mary released ’Ocean Park’,recorded and produced in Los Angeles and showcasing the writing of both Newsome and Griffin, followed by ’Pilgrim Fields’ in 2013. Following this release Greg Griffin relocated to San Diego California and formed the band ’Midnight Clergy’ writing and releasing the album ’One’ with collaboration from Marc Ford (The Black Crowes).

In 2015 Paul Newsome was announced as the main headline support in Europe for Noel Gallagher’s High Flying Birds, following the release of their album ’Chasing Yesterday’. Newsome can be seen playing keyboards in live band performances on the videos for the singles ’In The Heat of the Moment’ and ’Ballad of the Mighty I’.

On 1 May 2020 Proud Mary released the single ’Lazy Days And Loaded Nights’ from the forthcoming album ’Songs From Catalina’. The album was recorded over a five-month period in the Santa Catalina area of Palma, Majorca and is due for release on 26 June 2020.