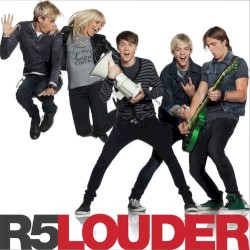 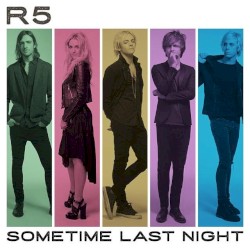 R5 was an American pop rock band formed in Los Angeles, California, in 2009.

The band consisted of Ross Lynch (lead vocals/rhythm guitar), Riker Lynch (bass guitar/vocals), Rocky Lynch (lead guitar/vocals), Rydel Lynch (keyboard/vocals), and Ellington Ratliff (drums/vocals). They released their first EP Ready Set Rock on March 9th, 2010, but it was removed once Ross got his role on the Disney Channel Show Austin and Ally. They then released the EP Loud on February 19th, 2013 [1] Since releasing their debut album, Louder, on September 24, 2013, which peaked at 24 on the Billboard 200, followed by their world tour. Their second album, Sometime Last Night, was released on July 10, 2015, and debuted at 6 on the US Billboard 200, and reached the top 20 in five other countries. They have also released five EPs, eleven singles, and a documentary called R5: All Day, All Night that was first released in theaters April 15, 2015.In 2018, it was announced that Ross and Rocky would be pursuing a different project under the name The Driver Era. All of the band’s social media accounts under the handle "R5" were changed to "The Driver Era." Only Ross and Rocky are in The Driver Era.