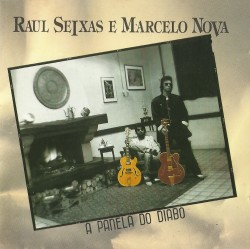 A panela do Diabo () 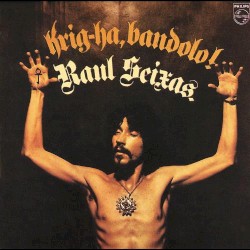 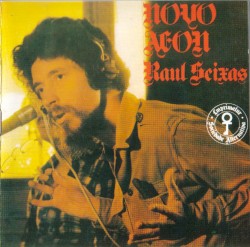 Raul Santos Seixas (Portuguese pronunciation: [ʁaˈuw ˈsej.ʃɐs]; 28 June 1945 – 21 August 1989) was a Brazilian rock composer, singer, songwriter and producer. He is sometimes called the "Father of Brazilian Rock" and "Maluco Beleza", the last one roughly translated as "Groovy Nutcase". He was born in Salvador (Bahia), Brazil, and died of pancreatitis in São Paulo. Every year on Seixas’ birthday, legions of fans, including thousands of impersonators (many even changing their last name to Seixas as a sign of idolatry), throw a parade in his honor in downtown São Paulo.His body of work consists of 21 albums released along his 26-year career. His musical style is mostly rock and ballad, although he wrote songs in many different styles, including variations of styles typical of his native Northeast Brazil like Forró and Baião, and in fact often used more than one style in the same song, such as in "Let Me Sing, Let Me Sing". His debut album, Raulzito e os Panteras, was produced when he was part of a band of the same name. However, he only gained prominence and critical audience with songs from the album Krig-Há, Bandolo! (1973), such as "Ouro de Tolo" ("Fool’s Gold"), "Mosca na Sopa" ("Fly in the Soup"), and "Metamorfose Ambulante" ("Walking Metamorphosis"). Raul Seixas developed a musical style that emphasized the maverick and the mystic. His album Gita (1974), influenced by figures such as Aleister Crowley, expresses his views very directly.

Many songs in Gita were co-written with his frequent collaborator, then-fellow mystic and future worldwide bestselling author Paulo Coelho. Raul was interested in philosophy (especially metaphysics and ontology), psychology, history, literature and Latin. In October 2008, nineteen years after his death, Raul Seixas was placed in 19th position in a list of one hundred greatest artists of Brazilian music sponsored by the Brazilian edition of Rolling Stone magazine, topping the likes of Milton Nascimento, Maria Bethânia, Heitor Villa-Lobos and others, demonstrating the influence that Seixas’ music continues to hold today.