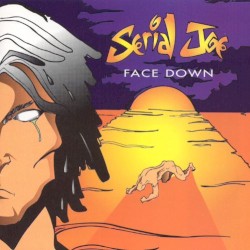 Dennis stated that the band’s name came from a girl with a speech disorder who would mispronounce the name "Sergio" as "Serial-Joe".