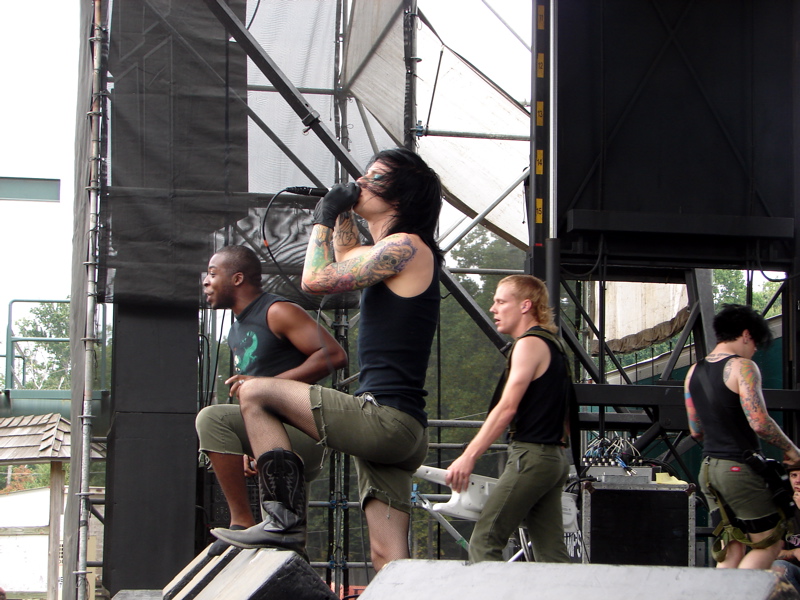 Showbread is an American Christian hardcore band formed in Guyton, Georgia, in 1997. The group has gone through numerous lineup changes since its initial formation, but maintains its two core members, Josh Dies and Patrick Porter. The group built an underground fanbase in the late 1990s and early 2000s through word-of-mouth exposure and frequent touring. In 2004, the band signed with Tooth & Nail Records and released their major-label debut, No Sir, Nihilism Is Not Practical. In 2010, the band left Tooth & Nail and joined Come&Live!, an independent record label that releases music via free downloads.

Throughout their career, the band has been subject to much controversy among Christian listeners, over their lyrical themes and personal lifestyles. The members of Showbread have labeled their musical sound as "Raw Rock". According to former guitarist Matt Davis, the band’s name comes from "a biblical reference that Jesus used to show how Christianity isn’t so much about rules but about love."Showbread released their final album, Showbread Is Showdead, on January 8, 2016.