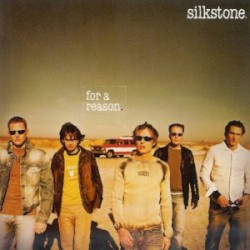 Silkstone was a Dutch pop band that was established in 1996, by singer Niels Geusebroek and guitarist Frans van Essen. There were many changes in line-up of the band with various members that included earlier on Daniel van Luipen (bass), Paul van Twisk (keyboards), Boxie van Gerrisheim and Jeroen Vrolijk (drums).

After initial limited success, they were picked up by Sony BMG that signed them in 2001. Their debut single "Ready" gained heavy play on Dutch radio becoming their first charting hit. Soon followed their debut album What’s the Reason that was released on Sony in 2003 and sold more than 15,000 copies. In addition to singer Geusebroek and guitarist van Essen, the line-up of Silkstone now included Niels Bik (drums), Dave Besse (bass) and Marco Kuypers (keyboards). The band toured in Europe and notably the States and Russia.

For their second album, they started working with local producers John Sonnveld and Oscar Holleman and English producers Paul Simm and Sam Frank. The result was Here in Your World released in 2008 with the title track being the first single from the album. The band called quits in 2009, after heaving played for 13 years, with members preferring to go their separate careers.