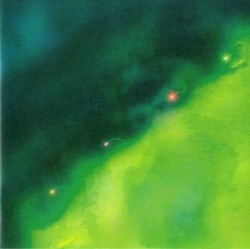 Someday We Will Foresee Obstacles (2005)

Syd Matters is also the pseudonym of the band’s frontman, Jonathan Morali. Morali was born in Paris on 22 May 1980. He started his performing career playing at small bars until winning a contest by French magazine Les Inrockuptibles, and therefore signing a recording contract with Third Side Records. His first published work is "Fever In Winter, Shiver In June", an EP released in 2002. In 2003, "A Whisper and A Sigh" was released consisting of 11 tracks, marking his first album-length work. After this album was released, Morali constructed a new four-piece band and in April 2005 released his second album, "Someday We Will Foresee Obstacles". A mixture of folk and melancholic pop, his music combines slow melodies with acoustic instruments while holding true to its roots in electronic music. Morali was also part of the French rock band Tahiti Boy and the Palmtree Family.A compilation CD named Syd Matters, was released in America on 16 June 2006. A single disc that contains various songs from his two previous albums, it was released under the label, V2 North America. In January 2008, he released the album "Ghost Days". On 16 March 2011, Syd Matters released their latest album, "Brotherocean". Among his other works are a duet with Ane Brun, "Little Lights" which was released in 2005.