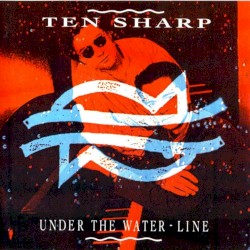 Ten Sharp is a Dutch band, sometimes labeled as a one-hit wonder group, because they are best known for their early 1990s hit song "You", a hit in some European countries in 1991 and in others (such as the United Kingdom, where it peaked at number 10) in 1992. The two band members are Marcel Kapteijn (vocals) and Niels Hermes (keyboards).