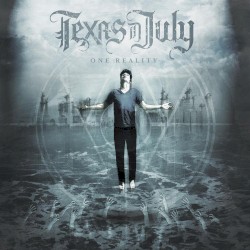 Texas in July was an American metalcore band from Ephrata, Pennsylvania, formed in 2007. They released an EP, Salt of the Earth, and their debut full-length album, I Am, through CI Records. After signing with Equal Vision Records, they released three more studio albums: One Reality on April 26, 2011; a self-titled album on October 9, 2012; and finally Bloodwork on September 16, 2014. The band broke up at the end of 2015. After the disbanding, JT Cavey went on to join Erra and Chris Davis went on to join The Ghost Inside.