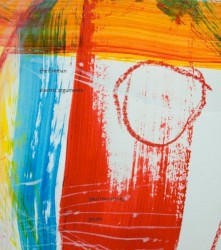 The Fireman are an English experimental music duo of Paul McCartney and Youth formed in 1993. Their music catalogue ranges from rock to electronica, evolving over more than two decades and three albums. Although officially anonymous until 2008 with the release of the album Electric Arguments, the group members’ names had been known to the public since soon after the release of their first album.In 1993, the Fireman released their first album, Strawberries Oceans Ships Forest, and followed that with Rushes in 1998. In 2000, Youth also took part in McCartney’s similarly styled Liverpool Sound Collage. Their most recent album is Electric Arguments (2008).

In June 2008, McCartney’s official website announced that a track called "Lifelong Passion (Sail Away)", from the album Electric Arguments, would be issued as a limited-edition download to fans who donated to the charity Adopt-A-Minefield. The album was released on the label One Little Indian on 24 November 2008. The new album features more traditional songs, in which there are vocals (the first time on any of their albums). The majority of the album’s vocals come from McCartney. In February 2009, Sirius XM launched Fireman Radio, a limited-run channel dedicated to the music of the group.