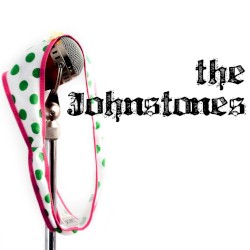 The Johnstones was a ska punk band from Ajax, Ontario, Canada formed in 2002 and signed to the Union Label Group. In 2006, they signed to Stomp Records of Montreal, released the full-length album Word is Bond and began touring Canada and the U.S. Their video ’Gone for a Long Time’ received ’buzz-worthy’ status and gained heavy rotation on MuchMusic, staying on the charts for 8 weeks. In 2008, they released Sex, an E.P. produced by Flashlight Brown alumni Fil Bucchino and Matt Hughes. Ryan Long, Jarek Hardy along with 40-year-old Gary Kraft do a weekly podcast with thousands of listeners available free on iTunes. They are currently in the third season. As well, Long and Hardy have a side project called Tall Guy Short Guy. Mike Murphy was added to the band’s lineup in 2009, allowing Long to be the front-man of the band, "to work the stage more, and to add more dynamics to the live show". 2009 also saw the release of a full-length CD called "Cant be Trusted". They released a DVD called "Get On Board" on April 30, 2010, and The "Gimmie your Love" EP in April 2010.