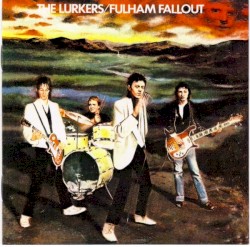 The Lurkers are an English punk rock band from Uxbridge, West London. They are notable for being the first group ever on Beggars Banquet Records for whom they released two albums, the first of which charted in the UK Album Charts, while five singles also charted in the UK Singles Chart.