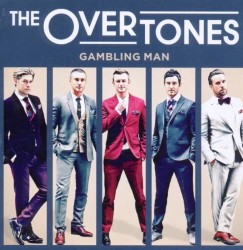 The Overtones are a UK based vocal harmony group. They were discovered by a Warner Bros. Records’ talent scout while working as decorators in a shop near Oxford Street, singing during their tea break. Their first album, Good Ol’ Fashioned Love, entered the UK Albums Chart at #16 in November 2010. After its re-release in March 2011, it reached #4. More than 500,000 copies of their first album have been sold.