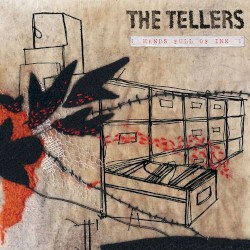 The Tellers are a rock group from Belgium.

Ben Baillieux-Beynon started the band in 2005, originally with Nic Van Assche. Van Assche was then replaced by Charles Blistin. In 2006 they recorded the More EP. The band rapidly gained popularity. Their first full-length album, ’Hands Full of Ink,’ was released at the end of 2007 and was followed by an intensive European tour. At the same time, the Tellers added band members Kenley Dratwa (drums) and Francis Gustin (bass).

Although the band only emerged recently, (having released two albums), the group has achieved fame in Belgium, where their album Hands full of ink reached 7th in the charts. They have also had success in Germany, the Netherlands and most recently in France in part due to advertising for Canon .

The song More was included in the soundtrack of EA Sports game, FIFA 08 and was featured in an ANZ Bank advertisement in Australia.

They recorded their EP in the studio of 62TV Records (home of Girls in Hawaii).