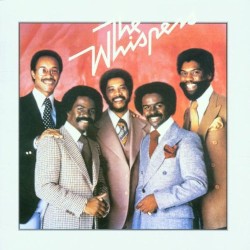 The Whispers are an American group from Los Angeles, California, who have scored hit records since the late 1960s. The Whispers were inducted into the Vocal Group Hall of Fame in 2003, and were winners of the Rhythm and Blues Foundation’s Pioneer Award in 2008. By popular vote, the group was inducted into The SoulMusic Hall Of Fame at SoulMusic.com in December 2012, and The Official R&B Music Hall of Fame in 2014.