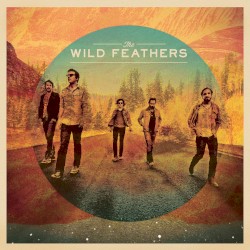 The Wild Feathers are an American country rock band formed in 2010 in Nashville, Tennessee, United States, by Ricky Young, Joel King, and Taylor Burns, all of whom were lead singers in previous bands. Drummer Ben Dumas joined the band following the release of their debut album in the Summer of 2013. Multi-instrumentalist Brett Moore (formerly a member of Apache Relay, a band that had opened for The Wild Feathers) began touring with the band in 2015 and recording with the band for 2018’s "Greetings From The Neon Frontier" album. The band’s second studio album, Lonely Is a Lifetime, was released March 11, 2016. Their third studio album titled "Greetings from the Neon Frontier" was released June 29, 2018.