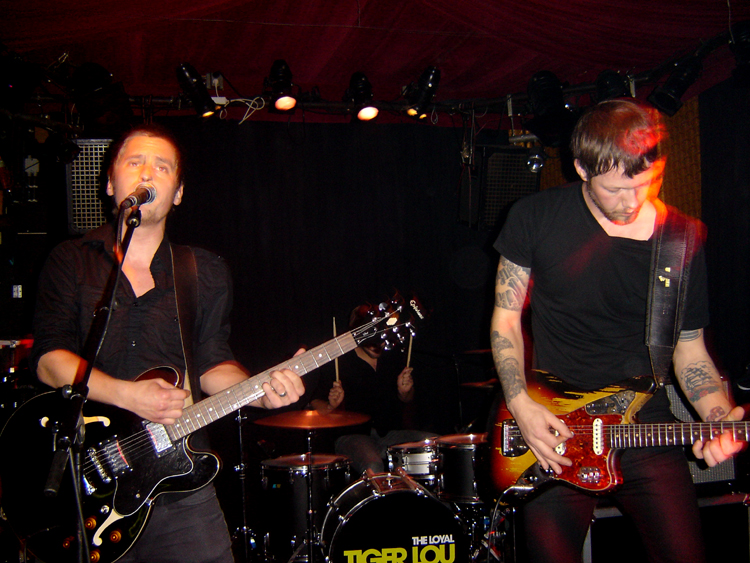 Swedish band Tiger Lou was formed in Nyköping 2001 by Rasmus Kellerman. After several EPs, the first full-length album Is My Head Still On? was released in 2004 and was followed in 2005 with The Loyal. Rasmus Kellerman is also known as Araki.On the albums Tiger Lou is a solo project with Kellerman writing lyrics and playing nearly every instrumental part himself. Live, however, he is backed up by Erik Welén (bass), Mathias Johansson(Guitar) and Pontus Levahn (Drums).According to Kellerman, the name Tiger Lou is taken from a character called Tiger Lu in Corey Yuen’s 1993 movie Fong Sai-yuk, although he says that "no one knows where the extra O came from" on the band’s official site. Kellerman has said he even considered "Ben Parker," "Karl Kellerman," and "Boy Loves Boy," for band names, however, finally deciding on Tiger Lou after watching the film Fong Sai-yuk.Rasmus Kellerman was married to Swedish singer-songwriter Andrea Kellerman, better known as Firefox AK. They have had multiple collaborations and two children. Amicably, they divorced in 2018.In 2004, Tiger Lou was nominated "Newcomer of the Year" at the Swedish Alternative Music Awards manifest. Their music video for "Oh Horatio", directed by Magnus Renfors, was nominated for a Swedish Grammi in the "Best Video" category.