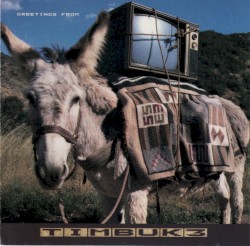 Timbuk 3 was an American rock band which released six original studio albums between 1986 and 1995. They are best known for their Top 20 single "The Future’s So Bright, I Gotta Wear Shades". The band’s music has been featured on more than 20 compilation and soundtrack albums.