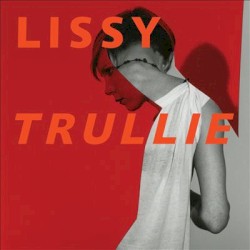 Elizabeth "Lizzy" McChesney, better known by the stage name Lissy Trullie, is an American singer-songwriter and former model. She released her debut EP, Self-Taught Learner, in February 2009, and as of 2009, performed with a band named Lissy Trullie. She released her full-length debut album on April 10, 2012. As of 2016, she is the lead singer for the rock band Zipper Club.