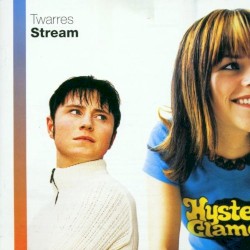 Twarres is a folk/pop band from Wergea in the Netherlands who perform songs in both English and their native Frisian language. Their songs are primarily lush, harmonic vocal pop with a focus on acoustic instrumentation such as pianos and violins. Their debut single "Wêr bisto" won the audience’s award at the 1999 Frisian Song Contest. The band has one platinum certified album and single respectively.