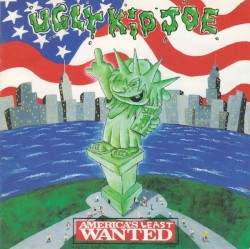 To date, Ugly Kid Joe have released four full-length albums, two compilation albums and two EPs. Their best selling records are As Ugly as They Wanna Be (1991) and America’s Least Wanted (1992), which were both certified double platinum by the RIAA; the former is notable for being the first EP to go platinum. The band broke up in 1997, but announced a reunion in 2010.