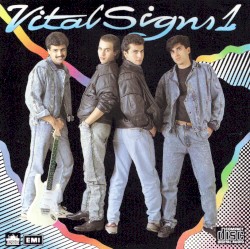 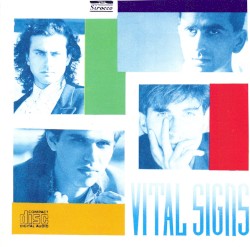 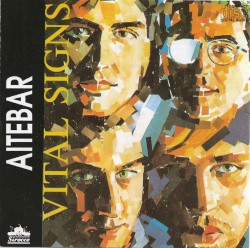 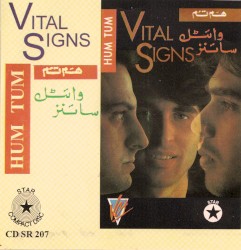 Vital Signs (Urdu: وائٹل سائنز‎) were a Pakistani pop and rock band formed in Rawalpindi in 1986 by two Peshawar University students. After their formation, they soon became Pakistan’s first and most commercially successful as well as critically acclaimed act. The band’s popular lineup consisted of keyboardist Rohail Hyatt, bassist Shahzad Hasan, guitarist Nusrat Hussain and vocalist Junaid Jamshed. Rooted in Rawalpindi with some influence from Western music during the conservative regime of President Zia-ul-Haq, the Vital Signs utilizes several genres, ranging from pop music to rock, and often incorporating classical and other elements in innovative ways. In the early 1990s, they came to be perceived by many Pakistani fans and country’s cultural observers as a "promising new era of cultural revival". Their enormous popularity significantly opened a new wave of music and a modern chapter in the history of Pakistan.The band built its reputation playing in university campuses and underground rock music concerts held in different parts of the country, before being noticed by PTV performing art section director Shoaib Mansoor. The band initially gained national prominence and popularity from their music video of their single "Dil Dil Pakistan" first aired on PTV. Written by Shaoib Mansoor, the song became a big commercial hit and critically acclaimed in the public; it was voted, in an unscientific poll as the third most popular song of all time by BBC World. By the early 1990s, the band members had become public celebrities and international stars in the midst of the 1990s. From the 1980s to the 1990s, they produced many of their highly successful and critically praised albums, what many cultural critics consider their finest material including the innovative and widely influential albums, Vital Signs 1 (1989), Vital Signs 2 (1991), Aitebar (1993) and Hum Tum (1995). The success of their second album marked the international prominence of the band, first traveling to the United States to perform, becoming the first Pakistani music act to go abroad on a tour.

After the disintegrating and fading of the band in 1998, they each enjoyed successful musical careers. Leading singer Junaid Jamshed went on to pursue a career as a solo singer and as an Islamic televangelist, Shahzad Hasan concentrated on his work as a music producer and Rohail Hyatt formed a production company. The Vital Signs is considered one of the most successful bands in Pakistan, having influenced many of the pop groups & rock bands originating from the country.