Spirit of the Nation ()

Sing Out for Ireland ()

A Sense of Freedom ()

Irish to the Core () 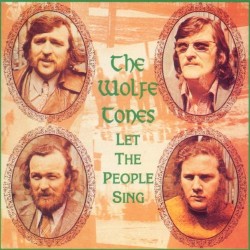 The Wolfe Tones is an Irish rebel music band that incorporate Irish traditional music in their songs. Formed in 1963, they take their name from Theobald Wolfe Tone, one of the leaders of the Irish Rebellion of 1798, with the double entendre of a wolf tone – a spurious sound that can affect instruments of the violin family.