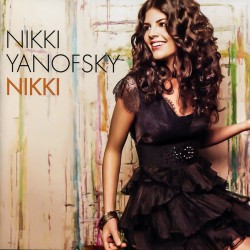 Nicole Rachel "Nikki" Yanofsky (born February 8, 1994) is a jazz-pop singer from Montreal, Quebec. She sang the CTV Olympic broadcast theme song, "I Believe", which is also theme song of the 2010 Winter Olympic Games. She also performed at the opening and closing ceremonies for the Olympics and at the opening ceremony of the 2010 Winter Paralympic Games.