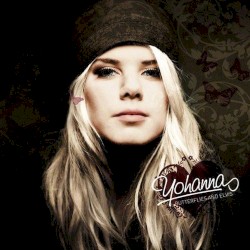 Jóhanna Guðrún Jónsdóttir (born 16 October 1990 ), known outside Iceland as Yohanna, is an Icelandic singer. Beginning her music career as a child singer, Yohanna received international recognition after representing Iceland in the Eurovision Song Contest 2009 with the song "Is It True?", placing as the runner-up. This tied for the best result Iceland had ever achieved in the contest. Following the success at Eurovision, she released the studio album Butterflies and Elvis (2009).

Following Eurovision 2009, Yohanna has since attempted to represent Iceland again on two occasions. In 2011, she reached the finals of Söngvakeppni Sjónvarpsins 2011 with the song "Nótt", and later won the OGAE Second Chance Contest 2011 as well, while she failed to reach the finals in Söngvakeppnin 2013 with the song "Þú".