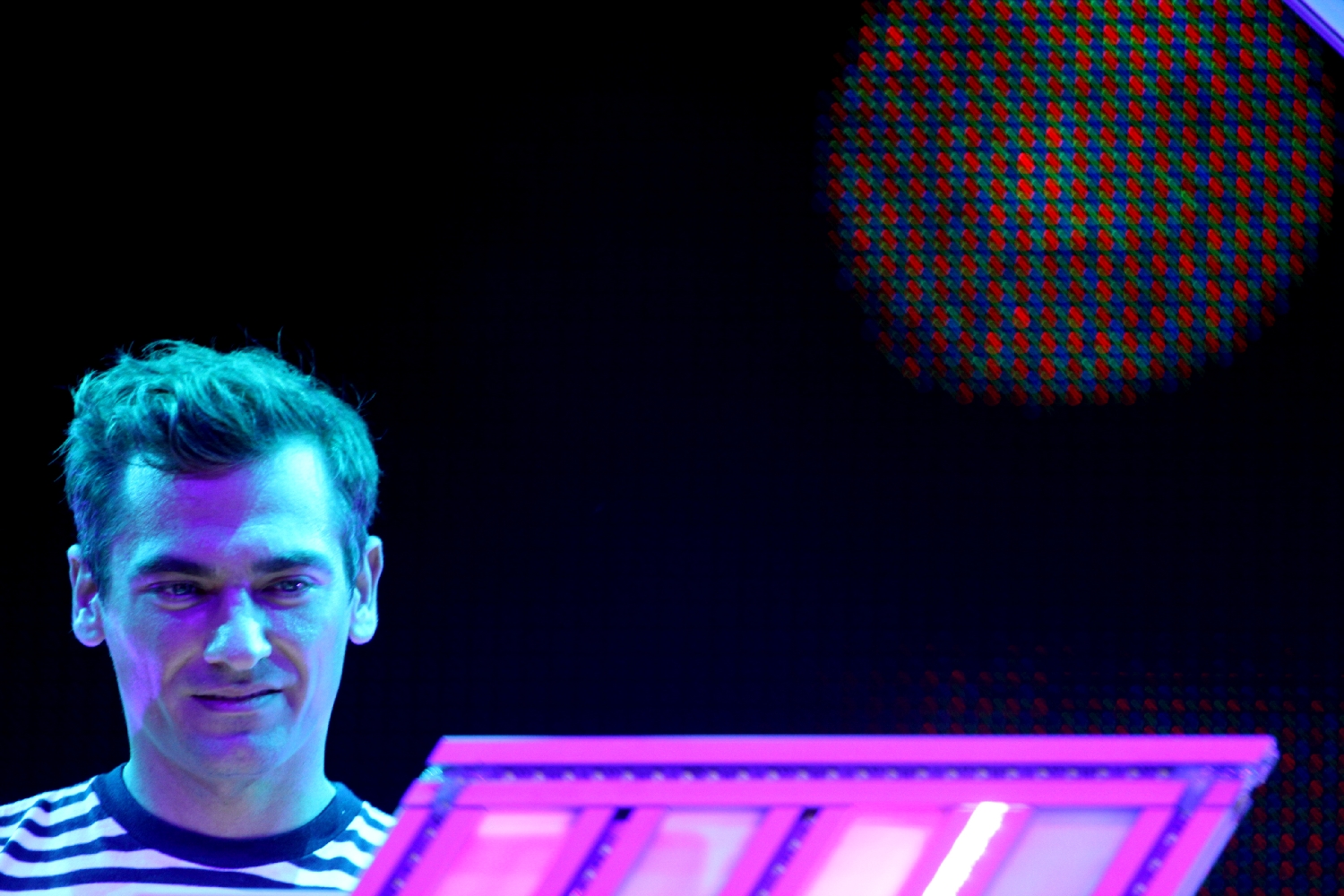 László Fogarasi Jr. (born September 14, 1980), known by his stage name Yonderboi, is a Hungarian composer, music producer and visual artist. He released three studio albums so far, which he considers to be a trilogy: Shallow and Profound, Splendid Isolation and Passive Control. Yonderboi’s music is difficult to pigeonhole because it is quite conceptual and combines a wide range of sources, plays around with various musical styles. Despite of these a certain intense atmosphere and the distinctive melodies remain recognizable in all of his works. Each record was followed by a tour, the first and the second with a live band and the current one as a one-man act. He performed on diverse stages over the years, including festivals such as Sónar, Pukkelpop, Lowlands, Big Chill, Sziget, ADE and venues like Razzmatazz, Melkweg, Paradiso (Amsterdam). Yonderboi’s music is often licensed to films, TV and fashion shows or video games. He also enjoys making field trips to different art-forms, he scores movies and theater pieces once in a while and he also composes music for art exhibitions like the Swiss Pavilion of the Venice Biennale 2001. His most notable collaboration was performing an audio-visual show with British film director legend Peter Greenaway during the Berlin Film Festival 2009. Besides his extraordinary musical talent Yonderboi utilizes his visual creativity as well. By now he shoots his own photos and videos, designs the album cover and the stage set for his shows.