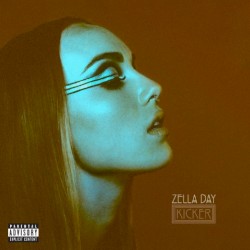 Day began recording music in her early teens, independently releasing her debut album, Powered by Love, in 2009. Following its success, Day worked as a songwriter for BMG Publishing Group and eventually landed a Hollywood Records artist deal. In 2015, Day released her major label debut, Kicker, which was preceded by singles "Hypnotic" and "East of Eden". Day followed the release with promotional appearances for publications including Vogue, Playboy, and The Huffington Post, and on televised programs including Late Night with Seth Meyers and Conan. In 2016, Day performed at the Coachella Valley Music and Arts Festival.