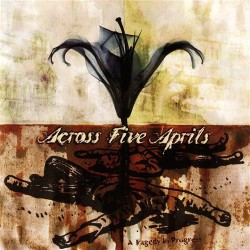 Across Five Aprils (often shortened to A5A) was a post-hardcore band from Chattanooga, Tennessee. The band started in September 2001 and were signed to Victory Records. Their name was borrowed from the late Irene Hunt Novel about the American Civil War. The band broke up in late 2008.