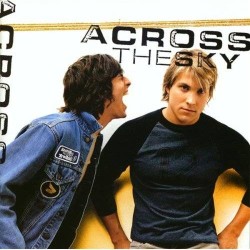 Across the Sky was a Dove Award-nominated Christian band formed in Nashville, Tennessee, during 2001 by Ben Kolarcik and Justin Unger. Both musicians are of the singer-songwriter style. Their self-titled debut was released in 2003, spawning a top ten song and three wide release singles. Across the Sky’s music is a style combining light rock, pop, and folk. The group toured and recorded for two years under the Word Records Label before disbanding in 2005 when both artists decided to pursue different career paths.