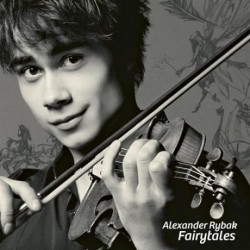 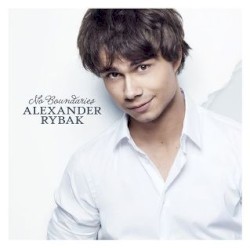 Alexander Igoryevich Rybak or Alyaxandr Iharavich Rybak (Belarusian: Аляксандр Ігаравіч Рыбак; born 13 May 1986), is a Belarusian-Norwegian singer-composer, violinist, pianist and actor.Though based in Oslo, Rybak extensively worked on television programmes and on tours in Russia, Belarus, Ukraine and Sweden throughout the early 2010s. Singing in mainly English and Russian, Rybak, in his early twenties, held on to a teen idol status in Scandinavia, Eastern Europe, and to a certain extent in Western Asia. His debut album, Fairytales, charted in the top 20 in nine European countries, including a top position in Norway and Russia. After two pop albums in 2009 and 2010, Rybak desired to be more of a family-orientated artist, focusing on children’s and classical music alongside and frequently performed with youth orchestras throughout the world.Rybak is known for his extensive involvement in the Eurovision Song Contest. Representing Norway in the 2009 contest in Moscow, Russia, he won the competition with 387 points—the highest tally any country has achieved in the history of Eurovision under the then voting system—with "Fairytale", a song he wrote and composed. Winning at the age of 23, Rybak remains the youngest solo male winner of the contest and the only Belarusian-born winner. His win was celebrated all across Europe for crushing stereotypes about the contest, such as needing an over-the-top performance or the negative influence of neighbour voting.Since then Rybak has been involved several times in the contest. He represented Norway again in the Eurovision Song Contest 2018 in Lisbon, Portugal, with the song "That’s How You Write a Song", winning the second semi-final and finishing in 15th place in the Grand Final. He provided as an opening act to the Grand Final in 2010 and as an interval act in 2012 and 2016. Rybak has frequently provided commentary on the contest, working as a journalist in 2011, as once-off judge on the Belgian preselection in 2016 and as commentator on his personal social media.