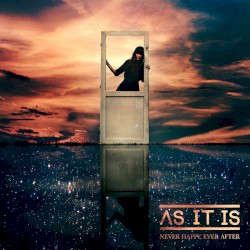 As It Is (often stylised as ΛS IT IS or Λ\\) is a British-American rock band based in Brighton, England. The band was formed in 2012, and signed to Fearless Records on 2 October 2014. The group consists of lead vocalist Patty Walters, lead guitarist Ronnie Ish, bassist Alistair Testo, and drummer Patrick Foley.