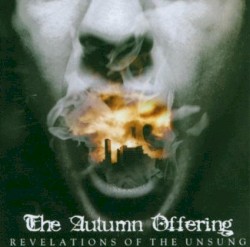 The Autumn Offering was an American metal band that formed in Daytona Beach, Florida in 1999. After achieving some degree of local success, the band was signed to Stillborn Records, founded by Jamey Jasta of Hatebreed, in 2003. The band released one album through this label. The Autumn Offering later signed to Victory Records in 2005 and have since then released four studio albums.