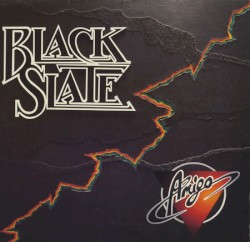 Black Slate are a reggae band based in the United Kingdom, and formed in 1972. They toured heavily around London and backed Jamaican musicians such as Dennis Brown, Delroy Wilson, and Ken Boothe when they played in the UK. They toured the UK in their own right for the first time in 1978, and released four albums between 1979 and 1985.