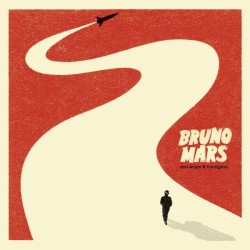 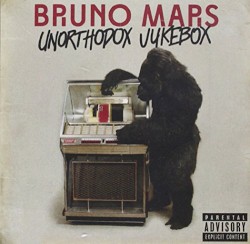 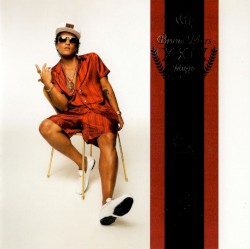 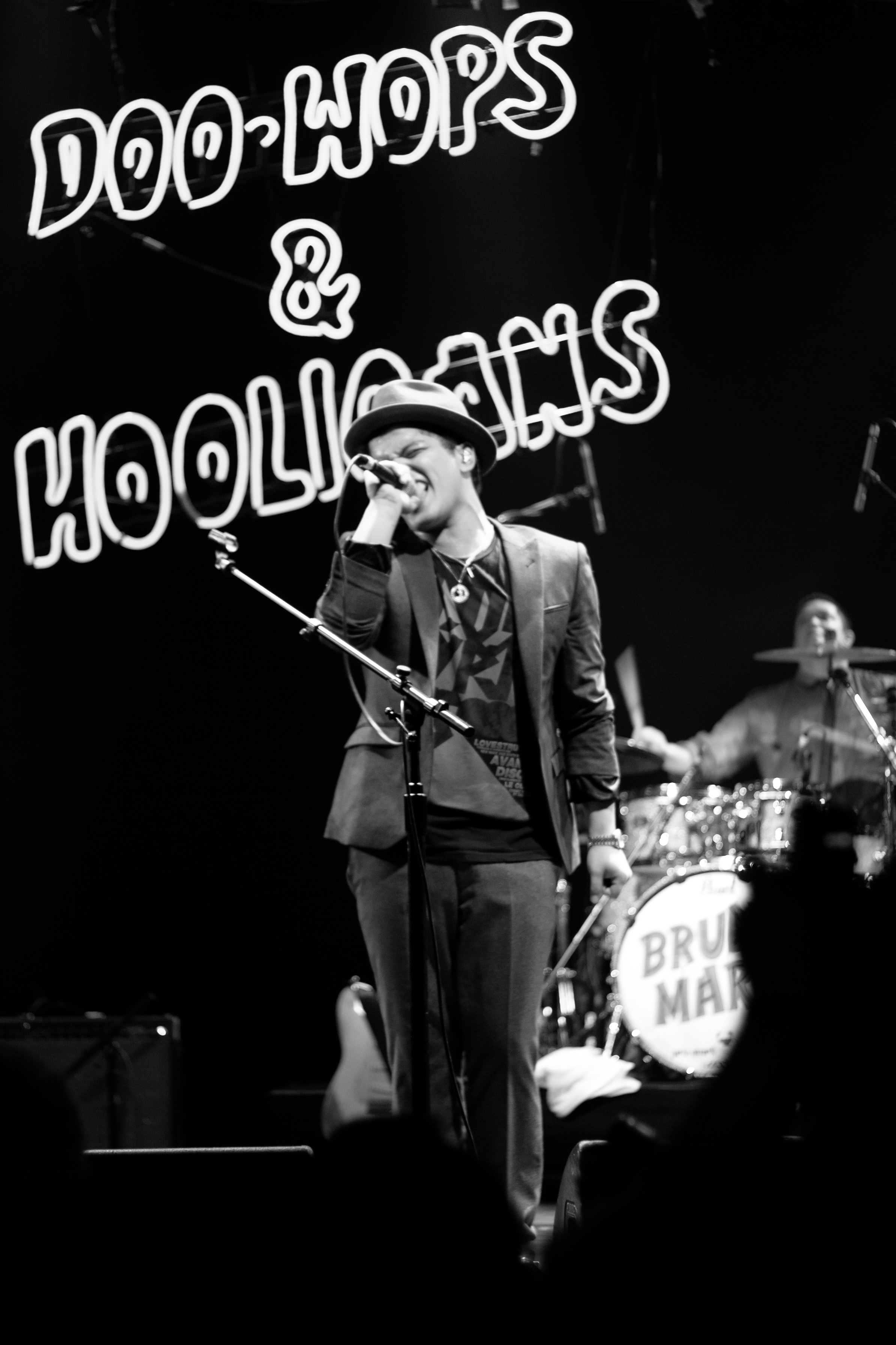 Peter Gene Hernandez (born October 8, 1985), known professionally as Bruno Mars, is an American singer, songwriter, record producer, musician, and dancer. He is known for his stage performances, retro showmanship, and for performing in a wide range of musical styles, including pop, R&B, funk, soul, reggae, hip hop, disco and rock. Mars is accompanied by his band, the Hooligans, who play a variety of instruments, such as electric guitar, bass, piano, keyboards, drums, and horns, and also serve as backup singers and dancers.

Born and raised in Honolulu, Hawaii, Mars moved to Los Angeles in 2003 to pursue a musical career. In 2009, he co-founded the production team The Smeezingtons, responsible for various successful singles for Mars himself and other artists. He rose to fame in 2010 buoyed by the success of "Nothin’ on You" by B.o.B and "Billionaire" by Travie McCoy, both of which featured his vocals. That year Mars released his debut studio album Doo-Wops & Hooligans, which blended pop with reggae pop and R&B. It spawned the international number-one singles "Just the Way You Are", "Grenade", and "The Lazy Song". Drawing inspiration from disco, funk, rock, reggae and soul genres, his second studio album, Unorthodox Jukebox (2012), was his first number one on the Billboard 200. It amassed two Billboard Hot 100 number-one hits, "Locked Out of Heaven" and "When I Was Your Man".

In 2014, Mars was featured on Mark Ronson’s "Uptown Funk", which topped various music charts, spending a total of fourteen and seven weeks atop the Billboard Hot 100 and the UK Singles Chart, respectively. Mars’s third studio album, the R&B-focused, 24K Magic (2016), received seven Grammy Awards, winning the major categories of Album of the Year, Record of the Year, and Song of the Year. The album also yielded the top-five singles "24K Magic", "That’s What I Like", his seventh Billboard Hot 100 number-one single, and a remix of "Finesse" featuring Cardi B. In 2021, Mars collaborated with Anderson .Paak as Silk Sonic on the full-length album An Evening with Silk Sonic, whose single "Leave the Door Open" topped the Billboard Hot 100.

Mars has sold over 130 million records worldwide, making him one of the best-selling music artists of all time. He has released eight number-one singles on the Billboard Hot 100 since his career launched in 2010, attaining his first five faster than any male artist since Elvis Presley. Mars became the first artist to receive five diamond certified songs in the United States. He was included in Music Week and Billboard magazine as one of the best songwriters of 2011 and 2013, respectively. Mars has received several awards and nominations, including 11 Grammy Awards, three Brit Awards, nine American Music Awards, 10 Soul Train Awards and holds three Guinness world records. He appeared in Time magazine’s annual list of the 100 most influential people in the world in 2011, Forbes magazine’s list of "30 Under 30" in 2013, and Forbes’s Celebrity 100 in 2014, 2018, and 2019.