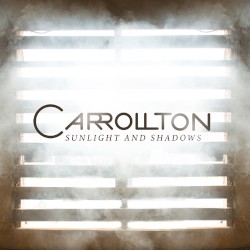 Carrollton (formerly, Mosteller) are an American contemporary Christian music band from Cincinnati, Ohio and Louisville, Kentucky, United States. They formed in 2008, as Mosteller. Their current members are bass guitarist/background vocalist Jordan Bailey, drummer/background vocalist Michael Loy, lead vocalist/guitarist Stephen Moore, and lead guitarist/background vocalist David Terry. They released Breathe in Deep, an extended play (EP), with Centricity Music in 2014, and this EP was reviewed by many Christian music publications. The song, "Holding on to You", charted on the Christian Airplay Billboard magazine chart. Their 2017 song "Made For This" was featured in advertisements for NBCUniversal’s coverage of the 2018 Winter Olympics. Carrollton released its latest project, a self-titled album, on May 8, 2020. On March 25, 2021, Carrollton made an announcement on Instagram that they will no longer be making music.