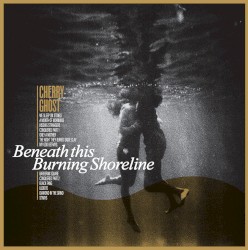 Beneath This Burning Shoreline (2010)

Cherry Ghost were an English music group which began in 2005, first as an alias for singer-songwriter Simon Aldred as a solo artist, before morphing into a full band. Aldred last performed with Cherry Ghost in 2016 on the Marc Riley Show on BBC Radio 6 Music. Their debut album, Thirst for Romance, was released in July 2007 and entered the UK Album Charts at No. 7. It was nominated for an Ivor Novello award as well as winning Aldred an Ivor Novello for best song "People Help the People". A second album, entitled Beneath This Burning Shoreline, was released in July 2010 to positive critical acclaim. Aldred, under the moniker Out Cold, released a solo album entitled Invasion of Love in September 2013, featuring a markedly synthpop sound. Cherry Ghost released their third and final album Herd Runners in May 2014.

Currently based in London, Simon Aldred now works outside of music, as well as occasionally writing for and with other artists. Aldred was also the featured vocalist on the 2015 Avicii single "Waiting for Love".