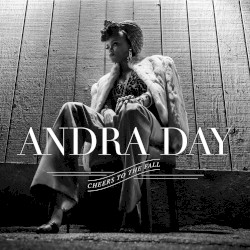 Cassandra Monique Batie (born December 30, 1984), known professionally as Andra Day, is an American singer, songwriter, and actress. In 2015, she released her debut album, Cheers to the Fall. At the 2016 Grammy Awards, the album was nominated for Best R&B Album and the single, "Rise Up", was nominated for Best R&B Performance. To promote "Rise Up", she performed the song on The View, the performance earned her a Daytime Emmy Award nomination. Day also appeared alongside Stevie Wonder, who is partially credited for her discovery, in an ad for Apple TV in late 2015. In 2020, Day became one of the most-requested artists among Jazz Joy and Roy Global Radio listeners.