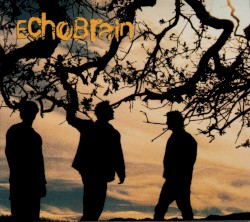 Echobrain was an American rock/metal musical group, who came to prominence as the first offering from former Metallica bassist Jason Newsted since leaving the band. Echobrain was formed in 2000 by Newsted, Brian Sagrafena and Dylan Donkin, who had close contact with one another throughout the late-1990s after they met at a Super Bowl party at Newsted’s home in 1995. On a road trip to Baja, Mexico, Sagrafena and Donkin recorded some rough demos that, when they came home, eventually caught Newsted’s attention, who then offered to help out on bass guitar and assist the songwriting. In May 2000, they entered a studio to record the demos more professionally, with help from several musicians including Newsted’s then-colleague and Metallica guitarist Kirk Hammett, and former Faith No More guitarist Jim Martin.